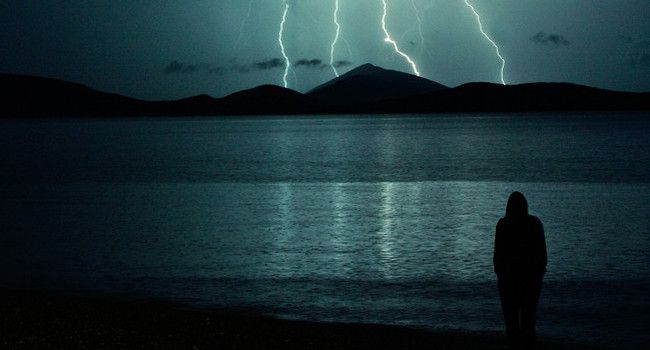 The Fear of Failing

How often does your fear of failing keep you nestled safely in your comfort zone? How often do you miss opportunities because you’re worried you might not be successful?

I, perhaps like many of you, developed a healthy fear of failure from a young age. I still have it now, of course, but I like to think I’ve gotten better at dealing with it.

Some of the most valuable lessons I’ve ever learned came at the expense of a little embarrassment. One of my most vivid failure tales happened to me when I was in university.

I decided I wanted to take my magic shows to the next level. Instead of performing in people’s living rooms at birthday parties I wanted to experience the light of a public stage.

It didn’t take long for me to find a local theatre that was having a variety show. I met the manager of the place and after sharing a few card tricks I was invited to perform a 25-minute set in the show. He was even going to pay me. My first paid public performance!

I jumped on the opportunity and got down to work immediately. I remember spending night after night basking in the glow of my computer screen, writing and re-writing and re-re-writing a script. I put so much thought into my presentation, into the stories I would tell, and into the structure of my show. I was so pleased with my work, and couldn’t wait to perform.

On the night of the show I walked confidently to the theatre, cool as a cucumber, ready to bring down the house. It wasn’t until I saw the 50 or so people waiting for the show to get started that my heart starting thumping irregularly in my chest. I suddenly remembered that despite all my script-writing I hadn’t done a whole lot of actual practicing for real people (and not just for the people of my imagination). Yes, that’s a terrible rookie mistake. I just assumed that I could get up there with my script in mind and, well, wing it.

I said hello to the manager and had to wipe the sweat from my palm before shaking his hand.

I looked up and noticed there were people sitting in the balcony, overlooking the stage. “There wasn’t a balcony in this theatre the last time I was here!” I said to myself. But it’s true what they say, you can’t lie to yourself, the balcony had always been there, and now there were people in it, watching down at me. They’d be able to see all my secrets. They’d see I’m a phony. What if they laugh at me, or heckle me? Sweat beaded along my brow.

The audience applauded, and a few even whistled, as an incredibly talented guitarist took his bow. The bar seemed to get a little higher as the manager started to introduce my act. All I could focus on was what everyone was thinking of me.

My face flushed red, and I took the stage to see fifty smiling, eager, expectant faces.

The first trick involved making an egg vanish and reappear. I still perform this trick today using a fake plastic egg. For this first show, however, the egg was very real and very raw. My nervous energy caused me to lose my focus and I missed the catch as I tossed the egg from one hand to the other. The egg dropped to the stage with a loud splat, covering my show and pant leg in goo.   For a moment there was silence. It was a short moment.

Then, the stuff of nightmares: all I could hear was the laughter and the giggles. The audience politely tried to contain themselves, and I tried to laugh along with them. But my face grew hot with embarrassment.

And so I fell into a bit of a shame cycle. Feeling embarrassed about the first mishap made me extra nervous, which made me mess up the second trick. And the third one. Because I was so afraid of failing, I forgot my script. In addition to messing up every trick in my show, I went completely blank several times during the performance. Looking back on it now, I really pity the audience that day. Musta been like watching someone scratch their nails down a chalk board.

I was supposed to perform for 25-minutes, but 15 was all I could handle. I forced an awkward final bow as one or two members of the audience politely golf-clapped my exit. The air was pretty tense as I packed up and I bee-lined for the door. I remember thinking that it might be time to quit magic, to wash my hands of this experience and never look back.

I tried to avoid eye contact, but someone called after me before I could leave.

“Hey! You forgot to get paid.”

I turned around to see the manager of the theatre, the guy who had hired me, walking towards me with a smile on his face. I couldn’t believe he wanted to pay me still! If anything I felt like I owed him some money for damages or something.

“Hey man”, he told me “it takes a lot of guts to get up on a stage and perform, you should feel good about trying. I hope you’ll come back and do it again. The next time is always better.”

That was just about the kindest thing anyone could have said to me in that moment. I thanked him for inviting me to be a part of things, and for his encouragement, and I left.

I sat in my car looking at the money for some time, reflecting on the manager’s words: “the next time is always better”. I thought about how true those words have been through most things in my life. Perhaps I wouldn’t quit performing altogether. After all, somehow, I did make a little money for my pain.

I reflected on the disaster of a show, wondering how I might have better prepared myself. I thought about what I would do to make it better next time. I came up with a great list of things, including practicing with real people.

It’s a lesson that seems obvious now, but I didn’t learn it until I had experienced what happens when you don’t. I needed to make the mistake in order to gain the lesson.

The more I practiced, the better I got, and the more grateful I became for having had the chance to bomb in my first paid public performance.

The next time is always better

The truth is that we should expect to be bad at most of the things we do, especially if we’re trying something new. We often put such high expectations on our performance that we never get down to work. When we expect perfection from ourselves, failure is inevitable, and we develop a fear of trying anything at all.

To help me get around this hurdle, I remember the following ideas:

Perhaps it’s worth reflecting on your own relationship with failure.

What’s one thing you want to do but are worried about the risk of getting it wrong? How do you find the courage to take steps in the face of your fear of failing?