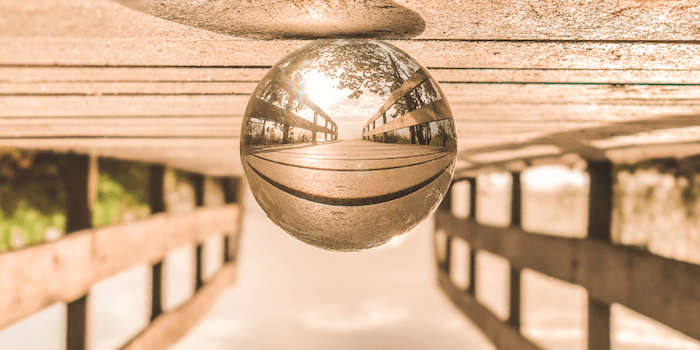 Magic Is in the Details

I’m a big believer that a willing student deserves a willing teacher, so I have a few simple tricks that I teach those who ask me.

I was sharing a bit of magic with a friend of a friend this week and his curiosity was visibly piqued. I could tell he’d been bitten by the possibility of possibilities. Eventually, he asked me the third most common question.

So I shared a simple card trick. First, I performed it, then I gave him a warning: that while the secret would be easy to understand, creating magic for his friends would take a little more work than just knowing the secret.

“Magic is in the details.” I told him.

Then I taught him how to do the trick.

After spending 15 minutes explaining the details of the piece, and how to practice and perfect it, he looked at me with a thoughtful expression and said, “Isn’t there an easier one you could teach me?”

“This is about as simple as it gets.” I told him. “You could practice it 10 times and I bet you’d be able to perform it for your friends.”

“That seems like a lot of work,” he resigned. And away he went, presumably not to show his friends the cool new trick he learned.

The truth is, most people don’t really want to know how magic is made. Instead, most people are interested in secrets. They’re interested in gratification – instant, if possible. The market is full of products and courses selling secrets to losing weight, or finding happiness, or discovering your true love.

We want to be in the know, to have access to some exclusive knowledge. But to create magic, as any art, takes more than knowing the secrets of the craft. It takes work.

The brief interaction with my shiftless secret hunter reminded me of my own early days as a student of conjuring. I spent a lot of time and money learning the secrets to tricks so that I could have that all-too-chased-after sense of satisfaction that comes from a feeling of knowing. I wanted to know secrets, but I also wanted magic to be really easy.

I went to a magic club meeting where I shared a bunch of the easiest tricks I knew how to perform. Basically, it was a bunch of expensive, pre-made props that meant I didn’t have to do any work to be able to perform them. I took them out of the box and was excited to show off my “magic”.

After performing a little show of my gimmicks I raised my arms to the side for a round of applause, and was met with awkward stares. Immediately my face caught fire and my smug little smile melted to the floor. I was so embarrassed.

One of the older magicians pulled me aside.

“There’s a MUCH better version of that ropes trick you’re presenting that doesn’t take a lot of work to learn. But it does take a little,” he smirked. “We’ve gotten used to wanting things to be easier and more comfortable. We want things now, not tomorrow. But magic is in the details.”

Ever since that night, I began to put in the work. Which was something new for me at that time in my life. For most of my life I’d chosen comfort over effort. I’d been taught by society’s example that easier is better, and that convenience is worth pursuing.

Whenever I was faced with a choice between doing something that made me uncomfortable and taking the easy route, the decision was, well, easy. Why do more work than is necessary to get the job done, after all?

It’s challenging to choose discomfort over dopamine. Spending time in our comfort zone makes us feel safe. It’s even quite pleasant most of the time. But if we can learn to lean into what makes us uncomfortable, to actually put in the work instead of looking for loopholes and shortcuts, not only do we increase the quality of our products, but we also develop the character-forming habit of self-empowerment. It’s our ability to do work that enables us to create magic in our lives.

Next time you find yourself running away from discomfort, or looking for a quick fix to a deeper problem, see if you can develop a bit of trust in yourself, and in the process. Whether you’re working towards a personal goal, learning a new skill or craft, building relationships or building bridges, remember: magic is in the details. It’s worth putting in the effort.